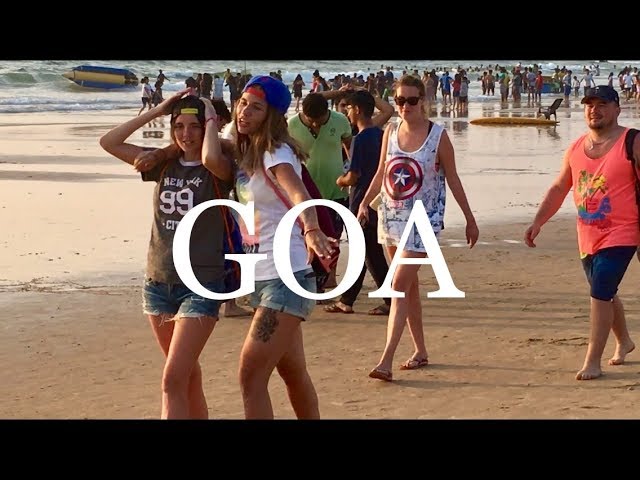 Baga Beach – Where It All Started

Baga beach in North Goa is a favorite tourist spot for both locals and visitors alike. You can see hoards of tourists, domestic and international enjoying sun and sand. The beach has life guards and water sports facilities. Temporary beach shacks opened in tourist season offers beer, cocktails and finger food served to your beach sun bench or chairs.

It is located between Anjuna beach and Calangute Beach.  The baga creek which flows and empties into the Arabian sea gives the beach its apt name Baga.  The beach was initially favored by hippies coming to Goa in 1960s on hippie trails and later on became the favorite of both foreign & domestic tourists alike after Beatles visit to India in 1968.  Currently it is open year round for tourists.  A 800 car park, year round lifeguards post on beach, permanent beach front restaurants are few improvements in the recent years.

How to Reach Baga beach?

Baga is located in Bardez, Goa which is well connected by road to airport (Dabolim 45 kilometers), railway station (Madgaon 50 kilometers) and nearby towns of Panjim (20 kilometers) or Mapusa (12 kilometers).  Taxis from airport or train station generally charge Rs 1500 (US$25) for transfer to any hotel in north Goa.

During the season time (November to March) the beach is full of temporary stalls known as shacks offering complimentary sunbed if you order food/drink from them.  they all offer similar choices and quality of food.  Cost of a large bottle of beer is between Rs 120 to 140 (US$2).  Many of them use cheap alcohol in their cocktail so we refrained from trying cocktail selling for a little over US$1.2.  Most shacks compete with each others playing loud bollywood music thereby succeed in getting attention of young domestic travellers.  At north end near Baga creek you may find some quiet places which do not play any music thereby attracting older predominantly british tourists.

Nightlife experience of Baga is not complete without a visit to infamous Tito’s lane which is home to popular clubs like Tito’s, Mamba and Cape Town.  People have mixed reviews callin it most happening place in Goa to terrible place bordering near insanity (depending on your viewpoint).  However, a visit to Tito’s lane is must.  Single woman (read European) may find unnecessary attention from adrenaline driven locals of opposite gender as an annoyance but the lane is totally safe.

All popular water sports such as banana boats, water scooter, Jet Ski, dolphin cruises, and parasailing are available on the beach.  The prices are fixed and printed prominently on ticket booth.  While you are sunbathing do expect a lot of interruptions from tattoo makers, hair beaders, trinket seller and occasional selfie hunters.

In addition there are few spas and yoga studios located within walking distance of the beach near Tito’s lane.

Titos and Mamba both located next to each other in Tito’s lane are famous haunts for the partygoers. The entry fee is steep Rs 2500 ($40).  Women can enter free and enjoy free cocktails before 10 pm on few days of the week while single male pays extra premium to enter.  Again, your experience will greatly depend on day of the week, people inside and the season.

There are several cafes in Tito’s lane and nearby area and they all serve beer in addition to coffee.  None of them a unique or worth of mention in this post.

Cocktails and Dreams, The Baga deck, Cape Town Café, or Cavala are few bars which are open until the last customer leaves.  They all serve cocktails, most domestic and foreign brands of beer and wine.

Britto’s and Go with the flow are worth a visit.