Sri Lanka formerly known as Ceylon is a beautiful country that offers mountains, beaches, adventure, culture and food, all at amazing cheap prices.  Affordability is the primary reason for western tourist to flock to Sri Lanka during high season of December to February.

The island nation is divided in nine provinces however Central, Western, Uva and Southern provinces are most popular with tourists.  Sri Lanka is 5 hours 30 minutes ahead of GMT (UTC +5 hr 30 min) and does not follow Daylight Saving Time.

Sri Lanka is located south of India in Indian Ocean.  It is an Island of about 65 thousand square kilometer roughly the size of Ireland.  Direct flights to capital city, Colombo is available from UK, UAE, India, Singapore, Thailand, China and Maldives.

People of this island country are mostly buddhist but Christianity, Hinduism and Islam are also followed by a sizable population.  Sinhalese is official language spoken by majority while Tamil (spoken in the northern part) and English are also qualify as national language.  Tourists would not face much problem as English is widely understood in major cities and touristic areas.

When To Visit Sri Lanka

Climate is warm year round with two wet season.  It has two wet or rainy season.  The first one between May to July is caused by southwestern monsoon winds.  Later it rains in December/January due to north eastern monsoon.  The temperature in coastal area is through out between 30 to 35 degree centigrade however highlands gets cold and temperature can drop to 10 degree during winters.

Sri Lanka’s currency is called Rupee (Symbol Rs or LKR).  The currency notes of in denomination 20, 50, 100, 500, 1000 and 5000. There are coins for smaller values.  Tourist for all practical purpose will find 20 as lowest denomination note for buying anything useful.

One USD is roughly 175 LKR so LKR 5000 note about Euro 25 is highest currency note which is difficult to change in smaller shops in remote locations.

Sri Lankan Rupee is not easily convertible outside the country.  However, USD, Euro and other major currencies can easily be exchanged at banks and official money changers.  The will also issue a certificate of encashment which is required to produce if you want to change excess local money while going out of the country.  ATM at touristic location also dispense local money against VISA/MC/JCB/Union Pay cards.

Credit cards are accepted in major hotels and restaurants only.  Many smaller establishments prefer to do business in cash only so it would be good idea to exchange at least $500 upon arrival.

A tourist is freely allowed to bring in or take out USD 10000 or equivalent in other foreign currency however any money above this limit must be declared at custom’s border.  Bringing or taking out Sri Lankan money by tourists is not permitted however residents may bring LKR 20000.

A tourist may bring 2 liters of alcohol, reasonable quantity of cosmetic and gifts unto $250 without paying custom taxes.  There is no duty free allowance for cigarettes or tobacco products.  Electronics items are to be declared at custom checkpoint.  However, these regulations are seldom enforced upon visitors.

Tourist is allowed to take upto 7 kgs of tea from Sri Lanka without permission from Tea Bureau.

Mobile SIM card with 4G internet is fairly simple and affordable.  There are kiosk at airport that offers free sim card with limited call and data value.  However, mobile top-up can be done in any street corner shop.  National carrier Mobitel and Dialog have kiosk at arrival lounge of the airport.  They offer competitive priced tourist SIM card with decent international call and 4G data bundled for less than 10 USD with one month validity.

Public Transportation: Getting Around In Sri Lanka

Sri Lanka is a small city hence transport options are limited.  They are, however, very affordable.  The capital city of Colombo has excellent network of taxi (metered and app based), buses, tuk-tuk to get around the city.  In addition, it is an international airport with direct flights to many big cities.  It is also hub of small but very affordable railway network.

The smaller cities and villages are connected by bus or train.  They have tuk-tuk or local non air-conditioned buses to get around touristic locations. 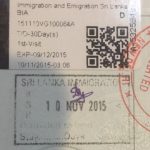 How To Get Sri Lanka Visa Online

Getting visa is very simple and entire process of getting Sri Lanka visa is online.  All you need is few information mentioned in your passport, travel plan and a credit card.  The multilingual online form filling needs less than 10 minutes. Read more 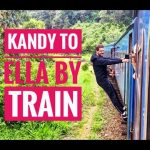 Kandy To Ella By Train

Train ride from Kandy to Ella is one of the most picturesque ride in Sri Lanka. There are special tourist train with observation car which are popular with tourists. The downside of it is that tickets are sold weeks in advance.  Read more to know  how to book tickets? 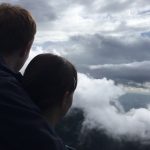