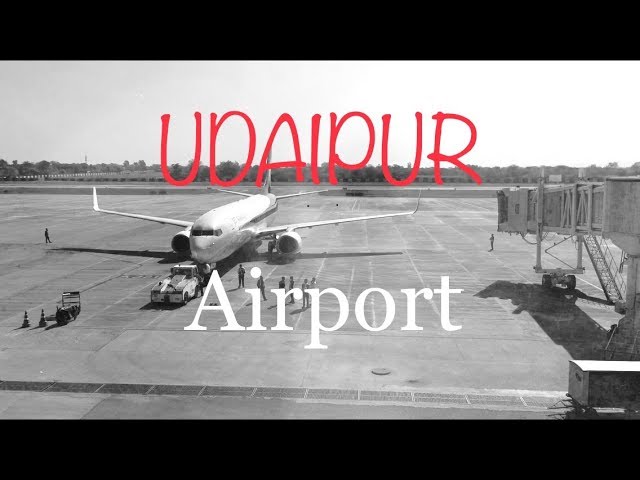 Udaipur is a small but beautiful city famous for its lakes, history, culture and grand palaces.  Tourists traveling to India usually come to Udaipur by flight or surface as a part of complete Rajasthan tour.

Although people prefer to come to Udaipur by road or train due to proximity to other cities of Rajasthan such as Jodhpur or Jaipur, however taking a flight to Udaipur airport is favored by those travelers who are coming from far off destinations.

Udaipur is not as busy as other major airports in India but it gets a fair share of tourist traffic specially from Delhi, Mumbai, Bangalore and Goa.  The airport is located in small satellite town of Dabok 22 km east of Udaipur, so it was known as Dabok airport.  It opened its door to scheduled commercial flights in 2008 with asphalt 9000 feet long runway.

Taxi ride from Udaipur old city to airport takes about 45 minutes and one can book Ola or Uber for Rs 500/USD 8. Local travel agents charge about the same (Rs 550). Flight time to Delhi is about 1 hour and in my opinion it is most convenient way to travel between Udaipur to Delhi if you do not mind paying US$50.

If you are traveling to a destination not covered by direct flight then it is worth checking price with stopover that can be added for an insignificant amount. Consider, for example, Indirect flights

In above cases stopover to Bangalore or Mumbai can be added for $20 or less.