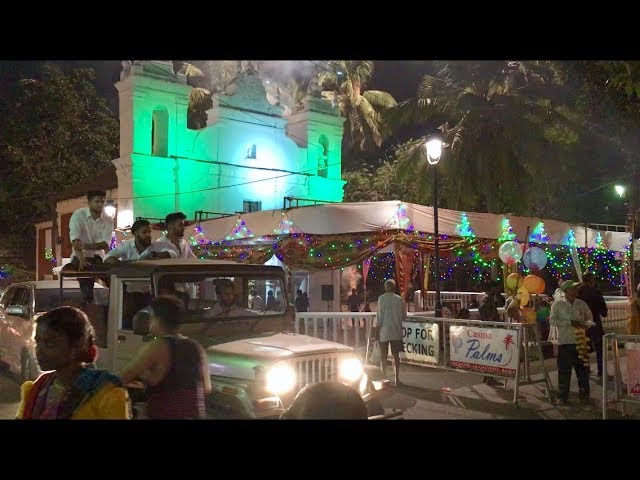 Epiphany is one of the most sacred celebrations, rich in Christian traditions that is celebrated in Goa, an Indian state with a large christian population. It is traditionally celebrated on 6th January as the feast of three Kings which is celebrated in all parts of Goa notably in village community of Verem, Chandor, Cansaulim, Arossim and Cuelim.

While in Arpora, we witnessed this on 19th January as Epiphany eve, a tradition of orthodox church which has most of the followers in Russia and eastern Europe.  Locals in Goa celebrate Epiphany with blend of indian and western christians beliefs and rituals. People usually take their shoes off while going inside church in accordance with Indian customs which is an interesting observation.