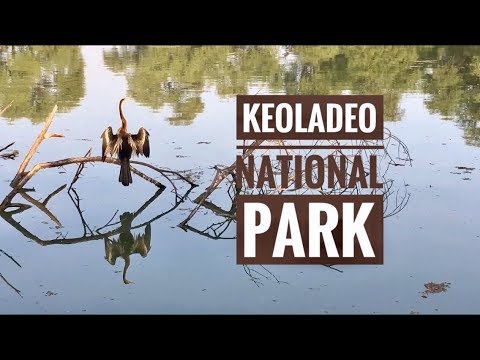 Bharatpur Bird sanctuary or Keoladeo Ghana National Park is located 50 km from Agra, home to famous Taj Mahal.  If you love watching birds or enjoy outdoors in nature and you have an extra day in your travel itinerary then this is a great day trip for you.  Keoladeo Ghana National Park is home for over 200 birds species.  In addition, scores of migratory birds come here during the winter season for breeding. This, in turn, attracts thousands of domestic as well as international tourists especially in the winter months.

Suraj Mal, Maharaja of Bharatpur, developed this park 250 years ago as private, man made wetland hunting ground reserved for him and visiting dignitaries.  Over the years, subsequent rulers made many improvements in form of bunds, canals, dykes and wetland systems, solely to create a private duck shooting preserve.  Access to the park for general public was limited and cattle grazing was banned, which resulted in a generous natural habitat for birds.  In 19th and 20th century, hunting parties were regularly organized for the King and his guests.  In the middle of the park there is a record of hunt organized in 1938 in honor of British rulers when 4,273 birds were killed.  However, after Independence of India, things change dramatically in favor of birds.  A total of 556 birds were killed in half day shoot which was the last big shoot, organized in 1964 in honor of General J. N. Chowdhary, Chief of Army staff .  The practice of annual Bharatpur shoot was discontinued but the king retained shooting rights until 1972.

Keoladeo Ghana National Park was upgraded as national park on March 1982 and later in 1985, its status was upgraded to a world heritage site.  The park further developed under guidance of famous naturalists namely Dr. Salim Ali, Beth Middleton and various societies notably The Bombay Natural History Society.  In order to save the star attraction, the Siberian crane, a collaborative project was set up by the Government of India in partnership with International Crane Foundation of Russia and Wild Bird Society of Japan. Bharatpur (Keoladeo) Bird Sanctuary suffered water crisis in early 21st century but later on it was controlled allowing park to prosper again.

Although park has over 200 species of resident birds and 30 varieties of mammals that can be spotted year round, the best time to visit is between November to February when temperature is between 10 to 25 degree celsius with little rainfall making it an ideal time to get out and enjoy nature.  During this period hundreds of aquatic birds that are natives of Afghanistan, Turkmenistan, China, and Siberia also visit which is an extra bonus.

In summer daytime temperature rises to 48 degree celsius which makes walking 11 kilometer trail a difficult task.  Birds too try to stay under shade hence not visible.

Bharatpur is ideally in located in the middle of golden triangle of Delhi-Agra-Jaipur circuit and easily accessible by road, air or trains.

Bharatpur Bird Sanctuary is ideal destination for day or overnight trip because of well connected network of train, buses and flights to major cities.  The national highway NH 11 passes the main entrance of the park so it is easy to drive down from Agra in one hour or 3 hours from New Delhi.  There are regular bus service between Jaipur and Bharatpur and tickets can be purchased online on redbus.in

The nearest railway station is also called Bharatpur which is 5 kilometers away from the park.  One can get three wheeler auto rickshaw for Rs 100 at any time near the train station.  Bharatpur is connected by regular train service from Agra, Jaipur and Delhi.  Train 12036 Agra – Jaipur Shatabdi Express departs from Agra Fort to Bharatpur at 5:40 pm everyday.  The air-conditioned and comfortable train fare is Rs 365/710 for 50 minutes ride.  Tickets can be purchased at the station or online.  It is possible to take an evening train from Agra, stay in Bharatpur for the night, visit the park next day and leave for next destination (Jaipur or New Delhi) in the evening.
Air India has regular scheduled regional flights from Agra airport whereas New Delhi, 4 hours away from Bharatpur, has plenty of domestic and international flights.

There are plenty of hotels near the park so there is no need to book in advance.  I booked few days before new year and found most of the hotels offering rooms even during peak season.  There are several options available depending on budget.  Price varies by the amenities offered and proximity to the park.

Birder’s Inn, a popular choice for travellers, offers room for  US$50.  It is located very close to the park’s entrance gate.  Serious bird watchers prefer to stay in Bharatpur Forest Lodge, a three star hotel inside the park which is operated by the ITDC (Government of India) and offers room for Rs 4000 (US$60) via their on website.

Budget tourists prefer to stay in Jungle Lodge or Iora Guest house both located 1 km from main entrance of the park and offering basic room under Rs 1000 (Us$15) per night.  There are no good restaurant and hotels offer meals at reasonable price.

The Bharatpur (Keoladeo) Bird Sanctuary remains open between sunrise to sunset, 6 am to 6 pm doing summers and 6:30 am to 5 pm doing winters (November to February).  The entry tickets are available online or at the gate for Rs 20 (Indian Student) Rs 75 (Indian) and Rs 500 for foreigners.  Ticket sale ends 90 minutes before sunset. There is an extra charge for movie/video camera but no charge for DSLR camera.

One can bring car inside the park until Shanti Kutir for a fee of Rs 50 provided they are guest of Bharatpur Forest Lodge, a 3 star hotel operating inside the park.  The total paved road is 5.5 kilometers one way which can be challenging for some tourists.  There are bicycles available for rent for Rs 50 but they are in bad condition.

One can hire a government certified English speaking naturalist for Rs 250 per hour which includes use of binoculars.  Those on a budget can hire rickshaw for Rs 150 per hour.  Those rickshaw drivers are good at spotting birds but they mostly speak in Hindi or local dialects.  Family with children may also consider horse drawn carriage (Tonga) or electric golf cart available for Rs 300 per hour.

One needs about 4 to 5 hours to see the park if covered by bicycle or rickshaw, provision for more time if you plan to walk.  Avid bird watchers who would spend most of the time walking the trail should provision for the entire day from sunrise to sunset.  Please bring enough water (it gets hot after 10 am) and something to eat.  There is a cafe run by Ashoka hotel (2 km from gate) and a canteen in the middle of the park (5 km from main gate) that offers basic packaged food along with limited beverages.  Use of plastic packaging is banned inside the park.

The park is divided into two parts.

Large variety of birds can be sighted near wetland which is 3 kilometers down the trail.  The wetland is further divided in 10 dykes each part hosting few specific species of the birds.  The details are clearly signposted along the trail.  There are plenty of seating areas and few watchtowers along the trail.  It is possible to watch and take picture of both Sunrise and Sunset at various parts of the park.  The good sunset point is around midway on left side.  Keep any eye for people camping out with big telephoto lens as most photographers congregate at fixed point for capturing picture perfect sunset.

Few areas of the park is closed on rumors of alleged leopard sighting but camera trap showed it to be a caracal, a large but rare wild cat which is native of Africa, Middle east and India.

What To Bring To Bharatpur (Keoladeo) Bird Sanctuary

Although park is well connected to major cities of Agra and Delhi but few items of common urban comfort are still lacking.

Please bring with you to Bharatpur following items:

Local population people go out of way to make visitors safe because tourism is the main source of revenue.  However, solo women should take usual precautions while traveling in India.  One should watch out for snakes on the trail and avoid stepping on them.  Whenever possible stick to paved trail road and avoid going too close to swamp for taking better pictures.  Mosquitos are constant annoyance during monsoon months so keep a good mosquito repellant handy.

On the whole Bharatpur (Keoladeo) Bird Sanctuary can a great choice if you have a couple of days extra in your travel plans while visiting northern India.

How Nepal Is Turning Tourists Into Illegal Aliens